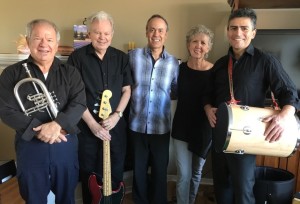 Read more
December 2019 Dec 2019
Subscribe
Thank you Chris and your band Wave for the fantastic performance on New Year's Eve at Festival Japan. Awesome music and dancing. You are amazingly talented musicians. Everyone had a great time.~Samantha Liu (owner Festival Japan Restaurant)